Alone in the Pit 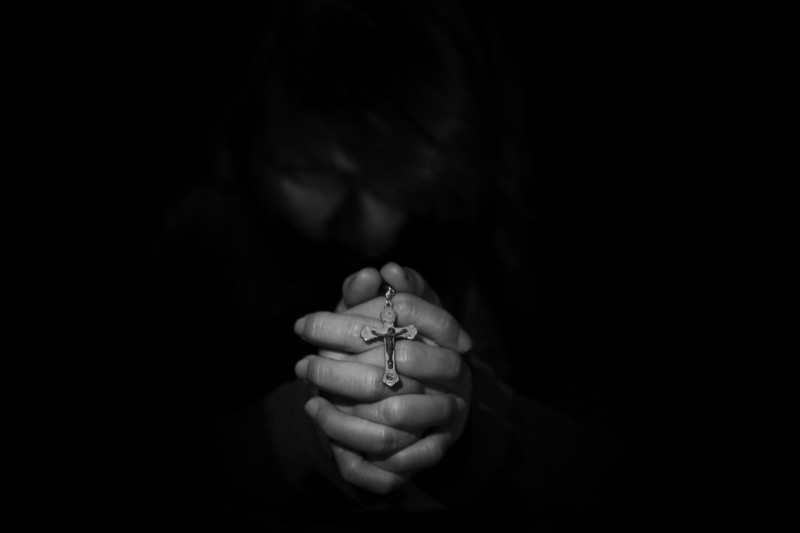 I stood surrounded by stone on all sides, elbow to elbow with others inside the small stone room. The pit. I closed my eyes and tried to imagine what it felt like to be in this dungeon alone, in complete darkness. I shuddered and opened them again. I didn’t want to experience what Jesus felt in this place.

I never imagined this pit when reading the Scriptures about Jesus’ last moments. Little details like this aren’t mentioned in the passages about his arrest and trial. The dark and the cold penetrate as I imagine him hauled underground in what is now called Caiaphas’s House in Jerusalem, fastened to the very rock as he waited to be questioned.

Because the High Priest must ready himself to go to the temple, Caiaphas couldn’t risk being around a murderer with blood on his hands. That would make him unclean. So a pit was fashioned to allow the High Priest to question prisoners from two floors above. Below the cells, deep underground, you can still stand in the pit carved out of the bedrock. The only access to above, the only light or air, came from the shaft that connected the bottom floor with the top floor. Jesus would have been lowered down by rope to wait alone.

I stood in that room, silent tears streaming down my cheeks. I couldn’t imagine the feelings surging through him in those dark moments. He had been betrayed by one closest to him and another was denying him in the courtyard upstairs.

He knew what lay ahead of him and he was utterly alone, faced with the reality that because he would soon take all sin upon himself, his Father would also have to turn his face away.

Our focus on Good Friday is on the cross—a brutal, inhumane way for anyone to die, especially the sinless Son of God. But standing in that pit helped me understand how utterly abandoned Jesus must have felt, and how we cannot begin to comprehend the isolation of being separated from the Father. Jesus was completely one with the Father from the beginning of time in a way we cannot understand until we are in heaven with him. And Jesus knew that separation was coming for him like the dark night that surrounded him.

THAT DAY ON THE CROSS

as they stripped him of his clothes.

There was no turning back.

This was the path he chose.

They mocked him and beat him.

They spat upon his face.

Yet still he gave them

They pressed the thorns into his head

and his blood began to flow.

Yet the love he felt for them

The spikes in his hands and feet

held him on that cursed tree.

This was the plan all along,

the way it had to be.

He endured this suffering

as no innocent man should.

Yet he bore all of our sins

as only God himself could.

As he died, he took my shame

and suffered in my place.

With his death he allowed me

to look upon his face.

With the last breath he took

he endured the ultimate loss

so I wouldn’t have to

that day on the cross.