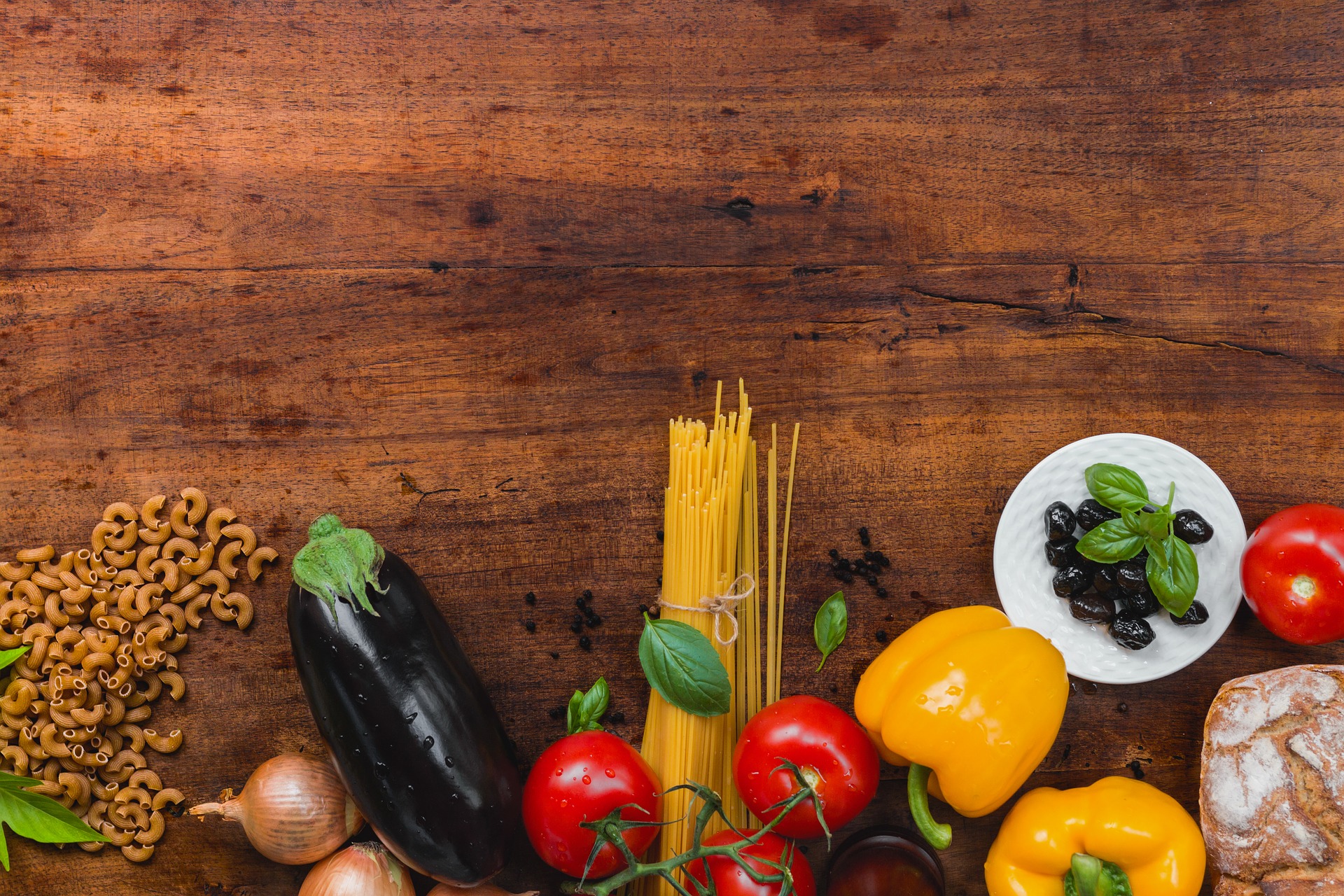 When Momae moved up north to Massachusetts to join Daddy, she brought her most precious possessions stuffed inside my granddaddy’s big brown leather suitcase. She also brought recipes handed down from my Nana, some hastily scribbled on paper, and others committed to memory. Daddy was an ensign in the Navy; his ship docked in Boston harbor.

It didn’t take long before Momae adjusted to her new life, but cooking kept her connected to home. She even put her spin on Nana’s recipes: southern fried chicken with just the right amount of spice, yams with copious amounts of butter, cinnamon, nutmeg, and brown sugar, all manner of cakes, pies, cornbread, and collard greens.

Momae would sit at the kitchen table with her sister Sereta and work through a bunch of fresh collard greens, carefully removing the green leaves from the thick stalks. Laughing and reminiscing about the life they’d left behind in Accomack County, Virginia: their parents, siblings, and the family farm with its acres of land and verdant forest. Momae and Aunt Sereta placed the greens in a large bowl and repeatedly washed them to remove any traces of dirt or silt. Then the greens were chopped into medium strips and added to a large pot of partially cooked turkey wings, neck, broth, olive oil, chopped onions, garlic, salt, a couple of tablespoons of vinegar, and red pepper flakes. The concoction cooked slowly for over 90 minutes, filling the room with an earthy and vinegary smell. Periodically Momae would peer into the pot and withdraw a fork full of greens with tasty bits of turkey, tart and sweet with a little heat from the red pepper flakes. When the collard greens were done, they became the perfect accompaniment to our meal, although I’d gladly eat it as a main course with some buttered homemade cornbread.

At the height of the Civil Rights movement, my parents joined The Nation of Islam, an African-American Muslim sect. Apart from the ideology, The Nation of Islam was famous for its newspaper, Muhammad Speaks, and for bean pies. My father joined the ranks of the impeccably dressed, bow-tied men selling papers and pie on street corners to raise funds for the Nation. When I was five years old, Malcolm X was assassinated. That year, my parents, devastated and disillusioned by the assassination, left the Nation and soon recommitted to Christ. But Momae held onto the famous bean pie recipe. Each holiday, she engaged in the arduous task of making the pie shell, soaking dry navy beans overnight, and cooking them for about two hours until soft. Then, she blended together evaporated milk, butter, nutmeg, cinnamon, sugar, vanilla, eggs, and ginger, plus her secret ingredient. Because I would likely be disowned, I won’t share it here.

During those early years, Daddy worked in electronics, while Momae was a homemaker who cooked her way through the birth of nine children. By the early 1970s, she sought to further spread her culinary wings. She got hold of several cookbooks including The New York Times International Cookbook by Craig Claiborne and embarked on a culinary journey just as her marriage began to unravel. Days after Daddy moved out of our home and into that of another woman, I overheard a heated exchange between Momae and a male relative as I hid in an adjacent room. He said Daddy wasn’t coming back and there was no way she could raise nine kids on her own, suggesting she parcel us out to live with relatives. Momae demanded he leave, and she returned to the kitchen to attend to a pot of beef stew on the stove. I watched as she lowered her head so we wouldn’t notice her tear-stained face as she slowly added peas, carrots, onions, garlic, and diced potatoes to the pot of charred beef. As I glanced at Momae that day, I saw a steely eyed determination. Rather than being incapacitated, she interwove loose threads of grief with the recipes to passionately weave a rich tapestry at mealtimes. Like her ancestors, and many of those in Claiborne’s cookbook, she created dishes with limited funds and, out of necessity, used every part of the animal or fish. Improvisation was a must.

Chef Julia Child once proclaimed; “With enough butter, anything is good.” There was always butter in our fridge. Once a month Momae stood in line, disregarding the sweltering heat or frigid cold to receive several huge blocks of government butter, cheese, and containers of peanut butter, each prominently stamped USDA—NOT FOR RESALE. She gladly accepted the food parcels, then came home to scour the cookbooks for an international recipe and often used what was on hand to recreate the dish.

Although she worked 40 hours a week, each night she’d take off her coat and handbag, put on her well-worn pink house slippers, and head to the kitchen to prepare dinner. As Momae cooked, she sang hymns like “How great Thou art.” Her kitchen became a place of escape, prayer, and praise. Soon strange smells would waft throughout the house, and we knew it was time to eat. Momae would shout from the kitchen for my oldest sister, Stephanie, and me to set the table—a long rustic table flanked by two benches and two chairs, comfortably seating twelve. Soon the kitchen was full of kids jockeying for seats on the benches; Momae’s chair was closest to the stove, Daddy’s chair was now empty.

With every new dish, I learned its country of origin, then I searched our set of Encyclopedia Britannica to learn more about each country and its food. Momae used a classic recipe for eggplant parmesan. She sliced quarter rounds of eggplant and lightly salted each disk, then set them aside to weep. After removing excess moisture, she covered each slice with flour dipped in egg and coated with a mixture of breadcrumbs and parmesan cheese, which she then fried, creating a delicious caramelization. In a baking pan, she carefully assembled repeated layers of tomato sauce and then evenly distributed fried eggplant slices, topped with mozzarella then sprinkled with parmesan cheese. Hot and gooey from the oven, my first bite of her eggplant parmesan caused me to imagine I was in Venice, riding a gondola on the Grand Canal.

Not everything Momae made turned out as hoped; there were a few missteps. The chicken adobo from the Philippines was underseasoned and didn’t have enough ginger root, whole peppercorns, garlic, or bay leaves. The dish had too much soy sauce, was overly pungent with vinegar, and the chicken was dry. Momae seemed to like it, but it was universally panned by my siblings; and to be honest, it wasn’t edible. However, the dish did lure me back to the encyclopedia to learn about Filipino food and culture. Undeterred Momae made several attempts to get the chicken adobo right but to no avail.

When a recipe flopped, I dared not say anything, not wanting to appear ungrateful, so I ate it or just moved the food around my plate to give the illusion that I did. After dinner, I stuffed myself with dessert: sugar cookies moist and chewy right out of the oven until they cooled down and turned into projectiles. I sometimes joked that a person could get a concussion if hit by one. Yet at my brother’s middle school, his classmates happily traded Twinkies and candy for one of her cookies.

By the time I left for college, Momae had mastered curry chicken, rice and beans, and beef patties from Uncle Sidney, a Jamaican transplant married to her eldest sister, Ethel. Momae was like the widow in 2 Kings 4:1–7 who gave what she had in the house, a small jar of olive oil, and God multiplied it. There was enough oil for the widow to sell to her neighbors, pay her debts, and to live on what was left. Similarly, Momae used her cooking skills to create a micro enterprise to supplement her income and to keep food on the table and creditors at bay.

On the weekends, a couple of my older siblings and I helped load the car with aluminum pans and Tupperware filled with Jamaican and soul food, as well as cakes and bean pies. I especially loved her Jamaican beef patties, flaky half-moons filled with ground beef seasoned with curry, garlic, onion, Scotch bonnet peppers, allspice, and thyme. I learned how to engage with strangers by watching her sell. She had a way of turning customers into friends as she stood behind her table draped in white cloth and explained the origin of and ingredients in each dish. Momae’s warmth and welcoming presence reminded them of home, and her food always sold out at festivals, events, and church bake sales.

Many years have passed since I left home. I’ve traveled the U.S. from coast to coast and lived in France and South Africa, but whenever I smell collard greens or freshly baked yeast rolls, I become nostalgic. I call Momae to ask for a recipe, knowing that I will get specific instructions as well as vague references, such as salt to taste or a pinch of this or that. Whenever I make a dish like Porgies, a white-fleshed, medium-fatty fish, I am reminded of Momae’s kitchen.

I like my fried Porgies crispy, so I remove any excess moisture on the skin, then coat each piece of fish with a mixture of flour, cornmeal, salt, pepper, and Italian seasoning. In my cast iron skillet, I add canola and olive oil and fry the fish until a crispy, golden brown. Porgies have a sweet, delicate flavor, and the crispy skin is a delight. As I eat the first mouthful, I am reminded of the lessons I learned in Momae’s kitchen. She taught me that faith in God can create something beautiful, even in the midst of scarcity and struggle. In her kitchen, I acquired an adventurous spirit willing to leap over geographic, class, ethnic, and culinary boundaries. But, what I will remember the most is that in Momae’s kitchen, I tasted and saw that the Lord is good.