Brother, Let Me Be Your…. Friend 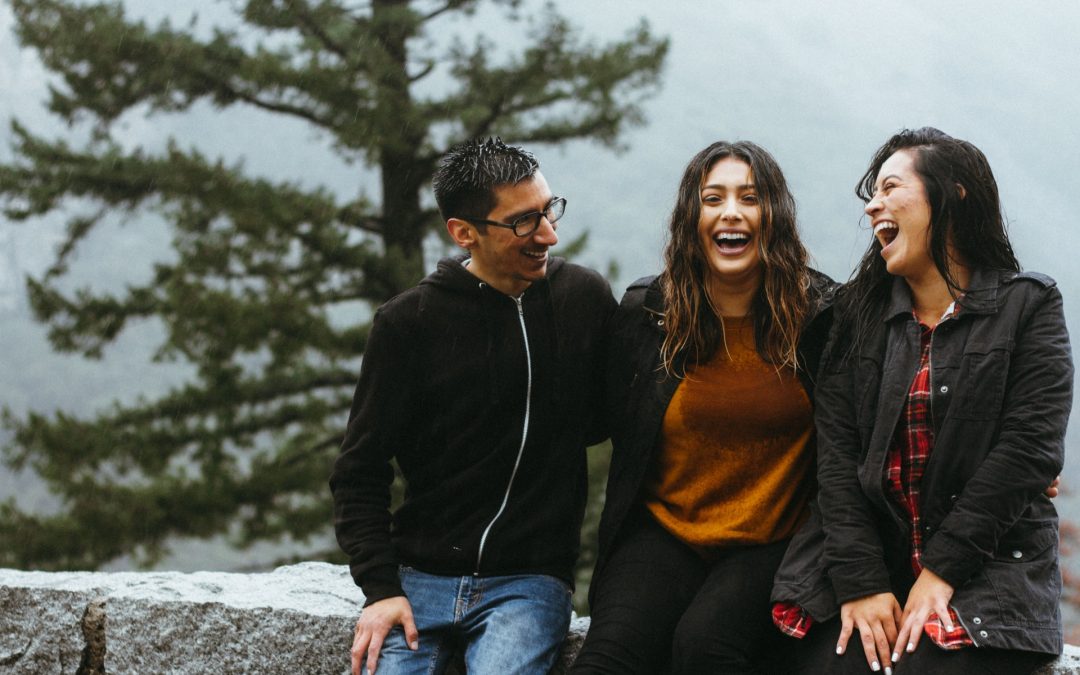 One Sunday morning as we were spilling out of the church doors, I spotted a friend I hadn’t seen in years—a college buddy I’d known long before I was married. I swooped across the courtyard and was met with one of the giant, warm hugs I remembered so well. Two seconds later—still mid-hug—I began to feel painfully self-conscious. Thoughts raced through my head:

How long is this hug going to last? What will people think?
What example is this setting for the students I’ve just been chatting with, who see me as a leader?
Will people assume he’s an ex-boyfriend?
What am I communicating with a hug?
Does it still mean the same thing now as it did ten years ago?
Should I have given him a side hug instead, since I’m married?
Does he even know I’m married? Speaking of married… where is my husband?
And who is the insecure-looking woman standing to the side? His girlfriend?

I backed out of the hug awkwardly. I didn’t want people to assume things.

“So, was that your brother?” a student asked later, her question confirming I hadn’t worried for nothing. I paused before answering. “Um… kind of.” Because, in truth, he is. He’s been a spiritual brother to me for over twenty years. But in a world where things can be clumsy and confusing between Christian men and women, it felt like our long-standing friendship was now lost in Awkwardville. I wasn’t sure whether I could hug an old friend without raising anyone’s adultery alarms.

Forsaking All Others
I want to navigate friendships and relationships faithfully as a Christian, but I wasn’t sure how getting married may have complicated my relationships as a woman with the rest of the men on the planet. The church seemed to have many resources for Christian men and women expressing their sexuality as wives and husbands, but it seemed to have very few for the 99.5% of other male-female interactions.

On our wedding day, my husband promised himself to me alone, “forsaking all others,” in the language of our vows. However, that forsaking applies only to his taking of other wives and sexual partners. It does not mean forsaking relationships with any and all women. Half of the world’s population is women, and as a disciple of Christ, he is called to love, serve, help, encourage, and partner with other Christians—not just the “unforsaken” half of the population in the men’s ministry. And even though I promised myself to him alone—forsaking all other spouses and sexual partners—I still need to figure out how to love, serve, help, encourage, and partner with both men and women for Jesus’ sake.

Can Men and Women Just Be Friends?
The classic question from the movie When Harry Met Sally yields this answer: No, men and women can’t just be friends. And to be fair to Nora Ephron and the writers of just about every love song or rom com, in most of the cultural stories we tell, we expect that whenever you put a man and a woman into a situation together, at some point there will be a sexual chemistry. Our expectations is that the trajectory of how men and women progress in relationship is this:

As Christians, we have a different starting point, and it’s worth our going back to the Scriptures to challenge whether the stories and expectations we’ve absorbed are really true. Everyone on earth can experience both friendship and family, but those who share a common faith in Christ have a spiritual connection that transforms their experience and reshapes our relationship progressions. Being united to Jesus ripples into every relationship we have, and now our primary matrix for relating to other Christians is not trying to figure out if they are strangers, acquaintances, or friends, but rather already knowing they are brothers and sisters in the family of God, and moving from there. The kindred spirits we look for in friendship draw from a deeper connection of kinship in Christ.

When it comes to how believers should treat male and female friends, our first principle is this: treat them as brothers and sisters. Not strangers. Not threats.

As a married woman, I have found this tremendously helpful as I interact with the men and women in my community. Friends who are functioning as healthy siblings in a relationship want their brothers and sisters to have thriving marriages! And so our friends (including my male friends) should be cheerleaders for our marriages, not competitors (or predators!) to them. It is not enough for us to be a friend to an individual, we need to be a friend to their marriage as well.

Getting feedback from our spouses, close friends, and spiritual mentors is important for us in all our relationships, and this includes relationships with Christian family of the opposite sex. We do want to check our motives, keep communication lines open, and make sure our posture in friendship is one of hospitality and holiness toward one another.

But it is possible. Men and women can be friends. I see it in Jesus’ example. I see it among those in the early church. I see it in our church where there are real friendships between men and women that have the hallmarks of health and holiness, based as they are on kinship in Christ.

A Path Out of Awkwardville: Family-Style
Can it be tricky? Yes. Will people sometimes misunderstand? Yes. Is it risky? Yes, there is always risk where imperfect humans are involved. Is there the possibility of sexual tension and sin? Yes. Is it sometimes awkward? Yes. Do we need to try anyway? Absolutely, yes. Because even though we may not have known it at the beginning of our story, God has given us a fundamental truth that puts all our relationships into a new light: we are brothers and sisters in God’s family. That means we can find a place to be close without being sexual. We can move beyond awkwardness and become familiar with each other—well-acquainted and comfortable in our interactions—as family ought to be.

Adapted from Beyond Awkward Side Hugs: Living as Christian Brothers and Sisters in a Sex-Crazed World,

Photo by Omar Lopez on unsplash.