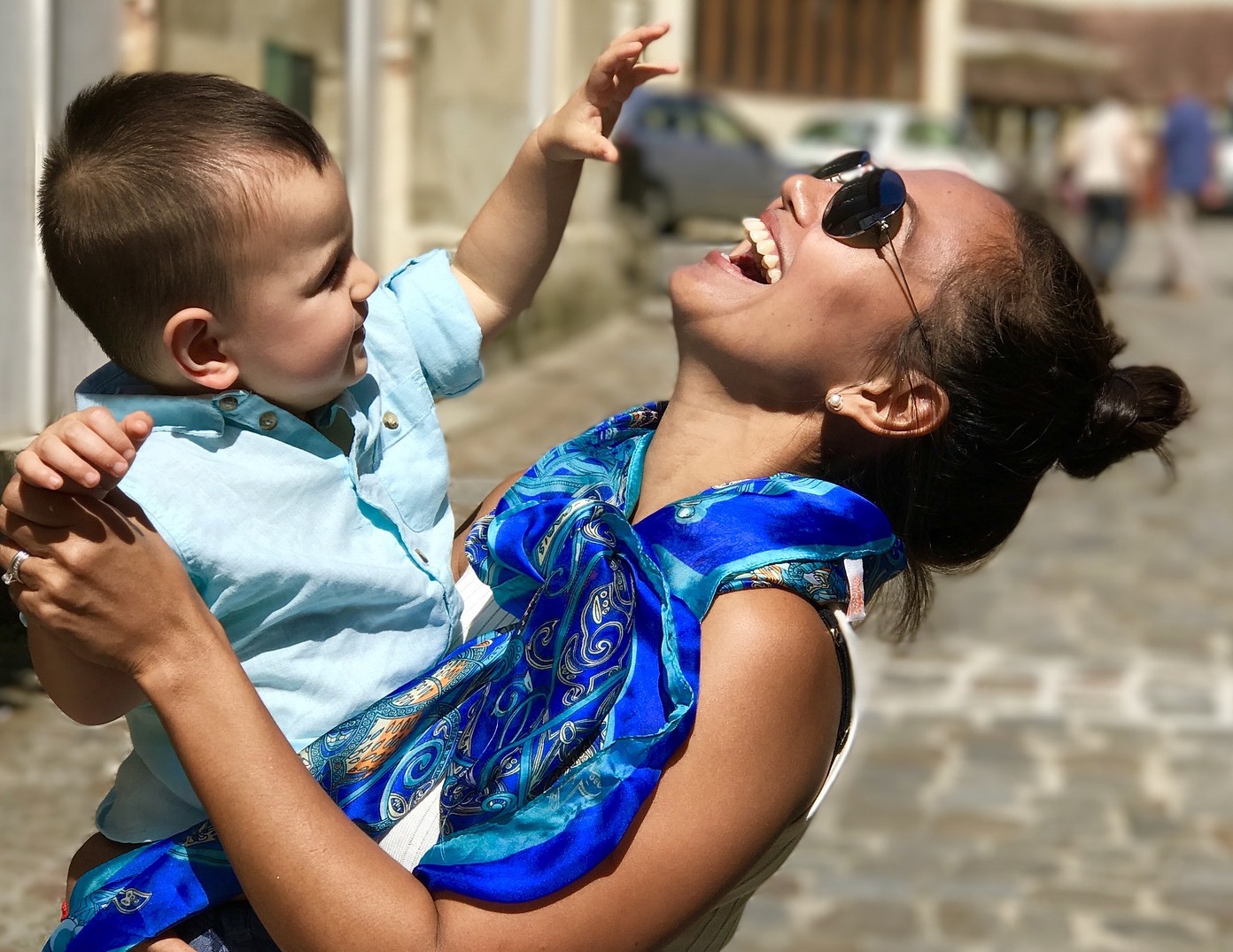 Author Richard Foster describes spiritual disciplines as practices Jesus taught through his own words and actions. In his classic, Celebration of Discipline, Foster says, “God has ordained the Disciplines of the spiritual life as the means by which we place ourselves where he can bless us.” I’d seen the truth of this concept in my own life. In particular, prayer and study, silence and solitude were primary ways I met God pre-motherhood.

And then, I had kids.

As much as I loved being a mom, as much as I was inexpressibly grateful for the gift of the tiny, perfect baby boy in my arms, I found it hard. The first few months of motherhood were filled with light and joy but also with darkness and sadness. Nothing before or since has caused me to be as aware of my own limitations as much as 24-hour caregiving.

My first son was the most amazing sight I’d ever seen. I was filled with fierce, protective, and helpless love for him. Yet, at the same time, despite hours of trying, we couldn’t seem to figure out how to get the milk from my breast into his mouth. He was shrinking rather than growing, and so was I. He was starving and cranky and never wanted to sleep. I was starving and cranky and wanted nothing more than to sleep. We both cried a lot.

We were caught in a never-ending cycle of breastfeeding, pumping, bottle-feeding, washing bottles, and changing diapers. As soon as I’d finished one rotation, it was time for the next. There didn’t seem to be time for anything other than my desperate attempt to nourish this child, something that was supposed to be easy and natural. It was all so physical, exhausting, and just plain messy.

Looking back, I can see I was being tossed about by the ebb and flow of postpartum hormones and the depression-inducing medicine I was taking to increase my breast milk supply. But, at the time, all I could think was 18 more years of this. In my dark state, I felt that every day for the next 18 years would be just the same, with my sweet little boy demanding something I didn’t seem able to give. The harsh light of depression revealed my inner self in uncomfortably close focus, like an unwanted FaceTime image of my soul. I was sinful, selfish, and not up to the task of parenting.

It was clear I needed help. But, where was God? The ways I’d once, seemingly effortlessly, connected to God seemed laughably inaccessible.

Prayer? Perhaps only in sighs too deep for words.

Study? When did I have time for that?

Silence? Solitude? Are you kidding me? It seemed like I’d never have either of those ever again.

But, it turned out every day wasn’t exactly like those first few months. I was able to stop taking the depression-inducing medicine. And as my milk supply increased, the every-three-hour rigidity of the feeding and pumping schedule eased, my son began to grow again, and the heavy fog of those days began to lift.

I embarked on a yearlong effort to re-engage myself with the spiritual disciplines in my new life as a mom. I tried to figure out where to fit prayer, silence, study, worship, fasting, and other practices into my schedule. And, along the way, I realized something surprising.

Caring for a baby, putting my own needs and wants aside for those of another, reveling in the remarkable gift and progress of a new soul temporarily in my care—all of these things were a spiritual practice. I had viewed motherhood as an obstacle in my spiritual journey, something I had to overcome or work around so I could once again meet God.

I couldn’t have been more wrong.

After all, the goal of practicing a spiritual discipline is to make us more like Jesus. And, perhaps, it sounds a little funny to say that motherhood has done that for me, but it is the truth. Richard Foster points out in the beginning of Celebration that spiritual disciplines are “best exercised in the midst of our relationships.” Motherhood has helped me, in particular, to connect the spiritual to the embodied, something Jesus had no problem with. He was connected to the bodily needs of those around him—turning water into wine, healing people from the most unlovely of diseases, providing food for his followers, sharing meals with his disciples, instructing us to remember him by eating his body and drinking his blood, and caring for others by clothing, feeding, and visiting them.

Most of the other spiritual disciplines I’d been comfortable practicing were separated from the body.  Of course, prayer, study, silence, and solitude can all be practiced in ways that emphasize our embodied natures, but I hadn’t been practicing them that way.

Motherhood is different. You can’t separate motherhood from the body. It can’t be practiced on a purely spiritual level. From the messy and uncomfortable way babies emerge from our most private regions to the remarkable act of feeding another human from a substance our bodies produce on demand to the continual physical upkeep of small children: feeding, diapering, wiping, and washing, motherhood keeps us firmly tethered to the bodily, earthly aspects of our existence.

How difficult it has often been for cerebral me, who loved to reflect on God’s Word and pray in carefully curated silence, to meet and worship God through these beautifully messy acts of caring for another’s body. But how much richer has my understanding of God become through these experiences.

I am reminded of Julian of Norwich who, in her beautiful Revelations of Divine Love, describes even bodily functions as lovely in their efficiency because they were designed and created by God. As my 7-year-old would love to gleefully point out, “That’s poop and pee, Mom!”

You often hear motherhood described as being “in the trenches.” I think a more apt image is “in the diapers.” There’s just something powerful about expressing your love for another human being by cleaning up their unlovely messes.

There are a lot of aspects of motherhood that aren’t so yucky, of course. The older my children get, the more parenting becomes less physically, and more emotionally and intellectually, demanding. I’d like to tell you that after being a mom for more than ten years now, with three children, the youngest of whom has just reached the ripe old age of 20 months, that I appreciate every moment and revel in the spiritual beauty of every meal and every diaper. That is certainly not the case.

But when I do feel overwhelmed by the demands of all the little bodies in my care, I try to remind myself of what I know to be true: that God created their bodies and mine and declared them to be good. That, as Martin Luther (of all people) once said, changing diapers and other “insignificant, distasteful, and despised duties in the Spirit” are “adorned with divine approval as with the costliest gold and jewels.”